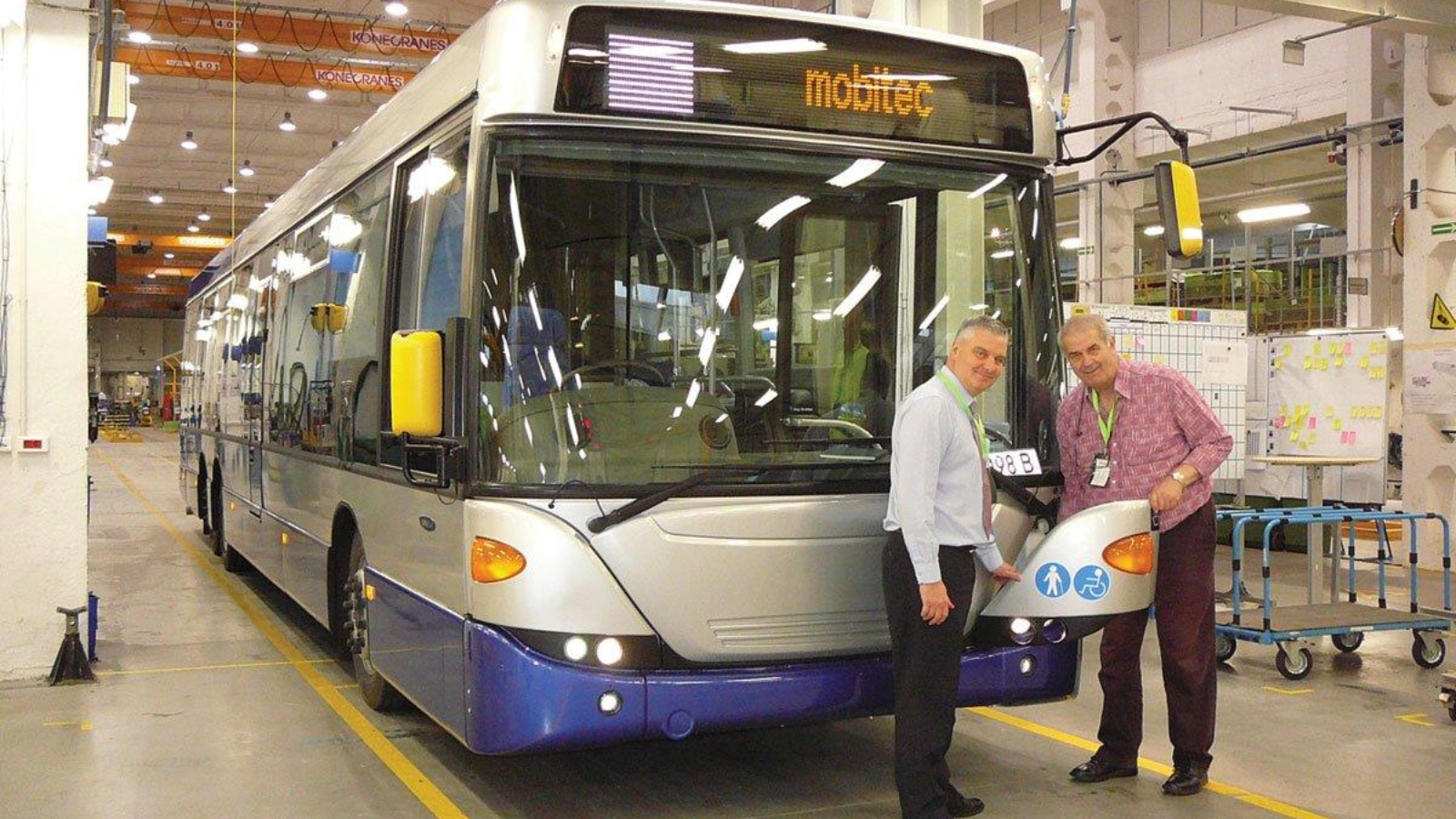 A tribute to David Morris

It is with deep regret that we announce the death of David Morris, Proprietor and Managing Director of DRM Bus, The Coach Garage, Bromyard, in the County of Herefordshire, on Sunday 11th September 2022 in Hereford Hospital.

David will have been widely known to many, not only in the bus and coach industry but to many local people including his loyal customers who used, and continue to use, the services provided by DRM Bus.

He was a regular attendee at the All Party Parliamentary Passenger Transport Group that meets in the Palace of Westminster and was known, and respected by many Members of Parliament, Members of the House of Lords and Government Ministers.

The “little country lad” will be missed by all who knew him.

Details of arrangements will be published in due course.

I first met David Morris in 1999 when, as Managing Director of Blackburn Borough Transport, he enquired about the purchase of some single deck buses. At the time, he ran both buses and coaches from Bromyard and over the ensuing years, we became the best of friends.

I assisted him through the transition to becoming solely a bus operator and we shared in his joy when he purchased the first of the six-wheel Scania buses for which his superb quality operation became synonymous.

We attended Parliamentary Transport Group gatherings and dinners in the Palace of Westminster four or five times a year from 2001 until the effects of the pandemic curtailed such meetings and David was always ready with a question for the speaker at the end of the dinner. One of the greatest memories at those events was David kissing the hand of the late Gwyneth Dunwoody, MP, as he called her his favourite “dolly bird”.

He was extremely well known in his local community too, and community and public transport operators came together on many occasions, in Bromyard, for the renowned DRM Bus hog roasts and for David’s major milestone birthdays. David even switched on the Bromyard Christmas illuminations!

David became an integral part of our family and our weekly calls and his many visits to us, plus our unforgettable trip to Croatia in 2019 with my wife, became the norm. He attended all family events and, in October 2021, he gladly acceptedthe title of “Honorary Great Grandfather” to our granddaughter Molly.

His membership of almost every trade body in public transport made him a well-known, and very popular figure in the bus industry and he was extremely proud of receiving the accolade for Lifetime service at the RouteOne Awards.

I am only comforted by the fact that he went so quickly but remain stunned by his passing.

Despite describing himself as “just a little country lad”, he was a giant of a man standing six feet eight inches tall but was truly a gentle giant who, whilst he would fight the corner for the small independent bus operator was an absolute gentleman, the like of which we will probably never see again.

He leaves behind his beloved grandson, Louis, and partner Joyce.

He will be truly missed by all those who knew him.

Here are some of our media coverage highlights for late September and October 2022:

The Campaign for Better Transport has published a new report entitled: Pay-as-you-drive: the British public’s views on vehicle taxation reform.