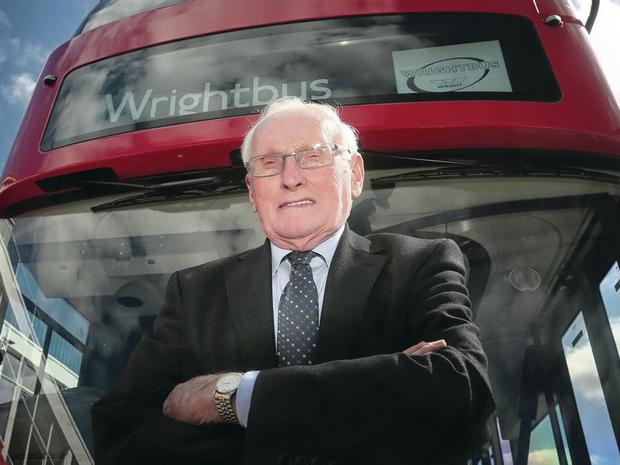 Sir William Wright, the joint founder of CPT member Wrightbus, and a champion of the bus and coach sector, has sadly passed away at the age of 94.

“Sir William was a stalwart of the bus industry in the UK and his guiding principles were quality and value. He was a great supporter of both CPT and the industry in general and was often in attendance at the many industry events, even in later life.

I had the pleasure of enjoying many conversations with him around the design, engineering and operation of his products - he truly wanted to sell a top quality bus. He will be fondly remembered and on behalf of all of CPT staff and members, I offer sincere condolences to his family circle.”

Wrights was always at the forefront of bus design in the UK and were early to realise the potential carbon savings of the hybrid platform. Under Sir William’s guidance they went on to produce a number of full hybrid options as a precursor to full electric.

This vision of the future was also present in the production of the FTR articulated BRT product which would have been a great success had policymakers been as visionary.

Tributes have been paid by prominent business figures and politicians, both in Northern Ireland and in Great Britain.

A full history of Wright’s contribution to the bus industry can be found here.

Here are some of our media coverage highlights for late September and October 2022:

The Campaign for Better Transport has published a new report entitled: Pay-as-you-drive: the British public’s views on vehicle taxation reform.