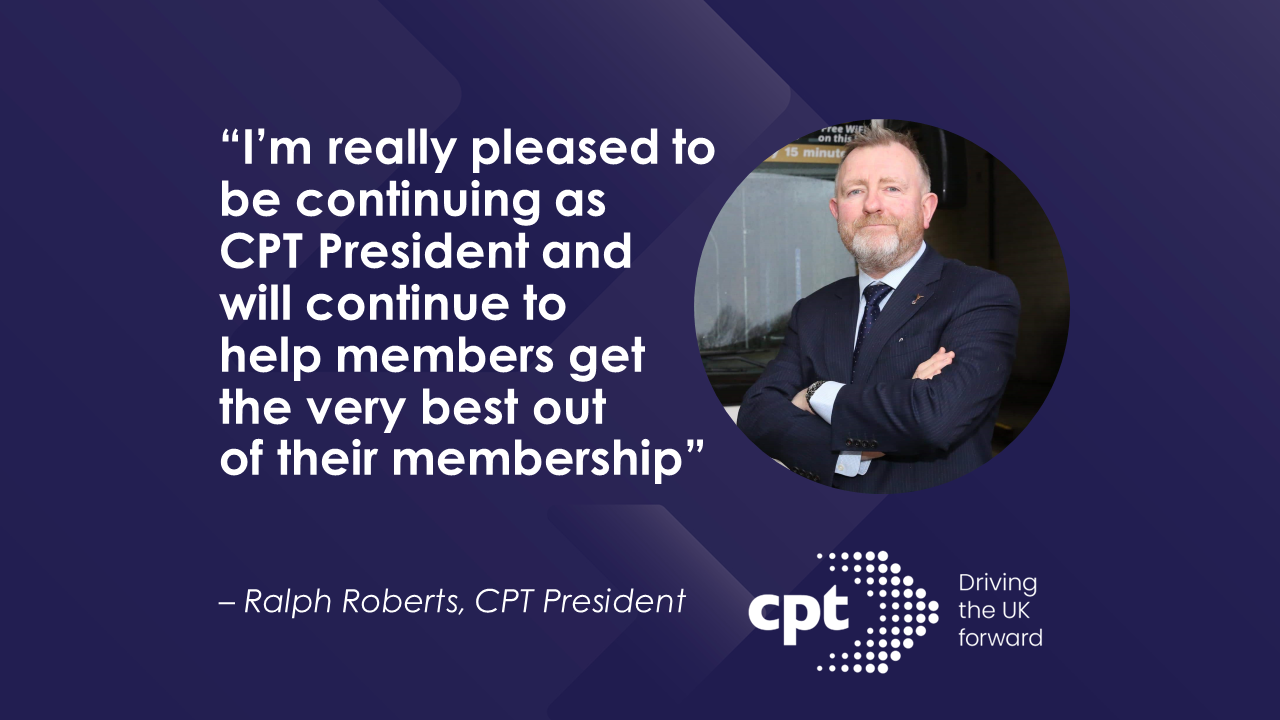 Ralph Roberts to continue as CPT President throughout 2023

The Confederation of Passenger Transport has announced that Ralph Roberts, CEO of McGill’s Bus Group, will continue as CPT’s President until the end of January 2024, with a one-year extension to his current term.

Ralph Roberts has over 40 years of knowledge of the transport sector. Roberts has spent the past 13 years as Chief Executive Officer of McGill’s Bus Group where he is responsible for running one of Scotland’s largest zero emission bus fleets and leading a workforce of 2500 employees.

CPT Chief Executive Graham Vidler said: “Ralph’s leadership as President has been invaluable to CPT members who have worked to agree the strategic priorities of the organisation.

“I’m delighted he will be continuing in his role, having twice previously been Chair of CPT Scotland. His extensive experience in the transport industry is a huge asset to CPT.”

In 2023, Ralph will oversee the creation of the new Vice-President role, with the new VP set to support the President in ambassadorial activities and specific areas of policy, providing value to CPT and continuity for the future.

Ralph Roberts said: “I’m really pleased to be continuing as CPT President and will continue to help members get the very best out of their membership, as well as oversee the new Vice-President role.

It has been extremely rewarding to see the support offered by CPT to its members as we emerged from the pandemic, with CPT delivering quick and easy specialist advice to members when they needed it most. I look forward to continuing this work throughout next year.”

Ralph will continue as President through until January 2024.

Here are some of our media coverage highlights for November 2022:

Emergency doors on buses and coaches

In partnership with the Confederation for Passenger Transport (CPT), DVSA is asking vehicle operators to ensure their drivers are performing checks on emergency doors.

The survey can be accessed here. The deadline for responses has been extended to the 15 December 2022