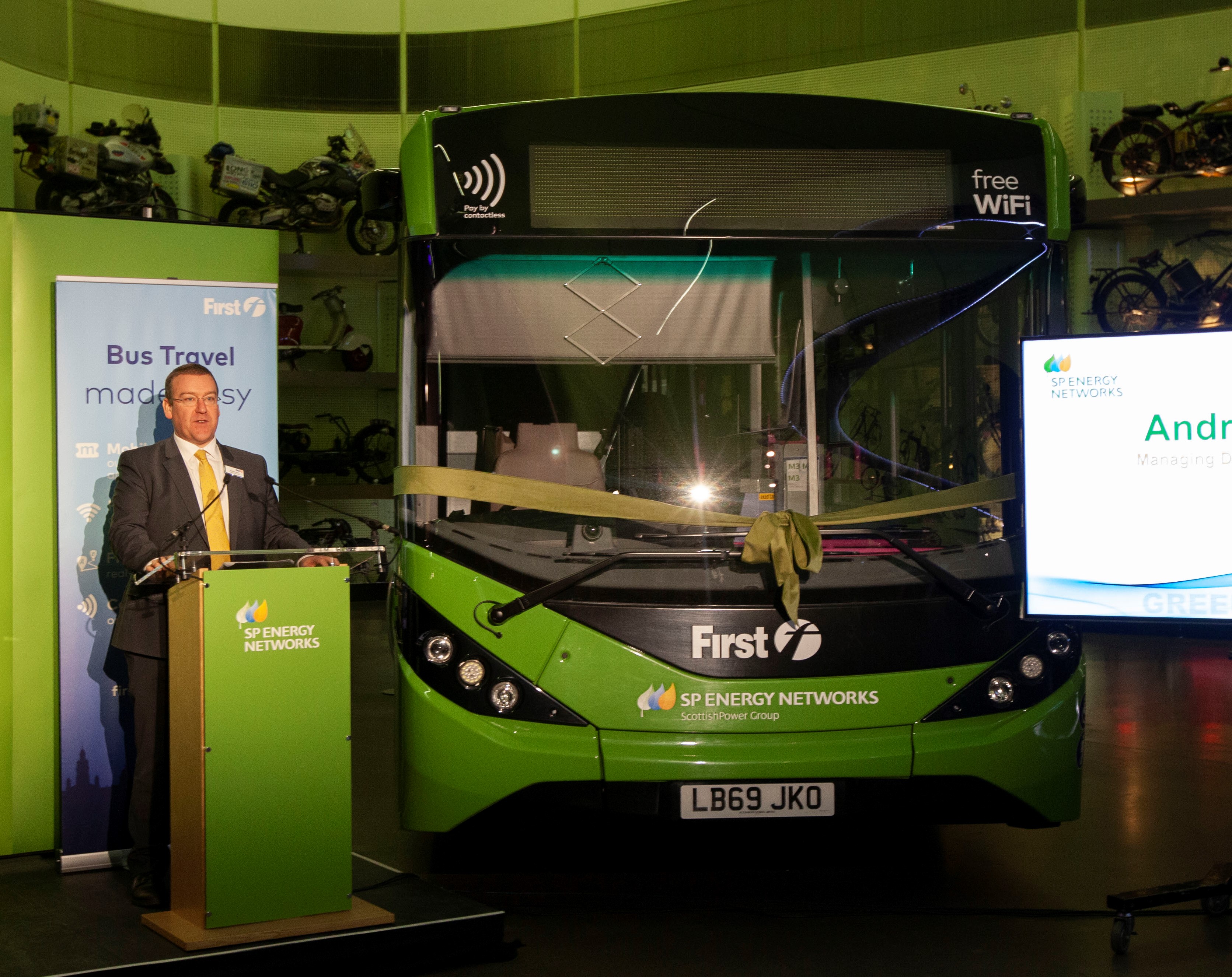 On a journey to Zero emissions

Following First Bus placing the biggest ever order for electric buses in Glasgow, Andrew Jarvis, managing director for First Bus in Scotland, writes about the journey to a zero-emission bus fleet.

FirstGroup recently announced that it was the first UK bus and rail operator to formally commit to setting an ambitious Science Based Target to achieve net zero emissions. One of the key planks in the strategy to deliver on this commitment was announced back in 2020 when First Bus pledged that it would invest in only zero-emission vehicles from December 2022, with a 100% zero-emission fleet by 2035.

This commitment has far-reaching positive implications for the towns and cities we serve, not only in terms of local air quality and noise, but also by significantly reducing the carbon emissions produced to power the fleet. It has also bolstered our teams who are key to success. The work to deliver on that 2035 timescale has already begun.

After pioneering work in UK cities such as York, Nottingham and London, it was clear that the electric bus was coming of age; the combination of range, reliability and efficiency along with a greater variety of available products and Government support were all having a positive impact.

Bus pricing and the cost of infrastructure were still significant barriers, but it is time to learn and chart the way forward towards delivery.  So in collaboration with Scottish Power Energy Networks, the first two electric buses were delivered to First Glasgow in December 2019.

With Scottish operators and the Scottish Government keen to start making progress, £10m was awarded in March 2020 to a range of operators to provide up to 75% of the gap funding between diesel and alternative fuelled buses, along with 75% towards the cost of infrastructure changes at operator depots. This was achieved through Transport Scotland’s Scottish Low Emission Bus Scheme (SULEBS.)

First Glasgow ordered 22 single deck BYD/ADL E200ev for delivery in the late summer of 2021, in time for the UN COP26 Climate Conference, being held in Glasgow in November.

‘SULEBS 2’ rapidly followed with a further £41m awarded in March 2021. First Glasgow were again successful and will bring a further 126 BYD/ADL electric buses to the city between autumn 2021 and spring 2023 – the pace dictated by the provision of electricity to the Caledonia depot, where roughly half the fleet will be electric at completion.

Bus at the heart of a Green Recovery

Buses are the arteries of our towns and cities, linking people to the many places they need to get to as part of modern life. Although established routines have been challenged during the pandemic, the importance of the bus has risen, spurred on by the transporting of key workers or by people using them for their critical journeys to health facilities or supermarkets.

As operators we have to make sure those arteries are as clean as possible. Switching to zero will help improve air quality, reduce carbon emissions and hopefully reduce the total cost of bus ownership to boot.

Joshua Miles, CPT Cymru Director, writes an analysis of the Welsh election results and what they mean for bus and coach operators going forwards.

What the Scottish election means for bus and coach

Jeremy Tinsley, General Manager at CPT Scotland, writes this week’s blog post on what impact the election could have on the bus and coach industry.

Carla Stockton-Jones, UK Managing Director of Stagecoach, writes this week’s blog post on the role buses will play in the recovery from Covid-19.